There is something magical about walking through the doors of a venue and finding yourself transported to a Comic Convention. Instantly you find that you are amongst your people, a platoon of storm troopers pose right inside the door, with camera flashes and shouts of “Greedo shot first!” as a Han Solo cosplayer swaggers by. Spidermen crouch for photos and Loki Variants appear in abundance.

After two incredibly long years of absence due to the pandemic, walking into the magic and mayhem of a convention was a welcome reprieve to many. The Jacob Javits Center of New York opened its doors this past weekend to welcome eager crowds back into its arms to celebrate New York Comic Con. During the thick of the pandemic, the Javits Center was transformed into first a makeshift hospital to care for those afflicted with Covid-19. The showroom floor was transformed into a ward, and those of us who have walked those floors many times felt a deeper sense of dread while watching the news and recognizing those halls we look forward to visiting each year, filled to the brim with the sick and for some time after the center became a vaccination zone.

The Pandemic rocked all of our lives, interrupted routines and brought about great and terrible losses. This past weekend was a symbol to the world that a return to normal is possible. The Javits Center was resplendent in posters and promotions advertising new media to consume, the showroom floor was returned to its former glory with brands and vendors alike in attendance as well, as if the trying times of the last two years had never happened.

But not all things were back to normal, a month or so before the convention made its epic return it was announced that it was required that all attendees have a valid vaccination record for the Covid-19 vaccine. This announcement was met with outrage online, some disliking the idea of a vaccine mandate and others feared this would make it even more difficult to get inside the event, New York Comic Con though, was up for the challenge.

As you walked down the city blocks heading towards 11th Avenue, the glass panes of the Javits center reflecting in the sun as you approached volunteers who were working for the convention stood by to direct you to an open lot where tents and more volunteers stood ready to validate your vaccination records and outfit you with a neon green reedpop bracelet as proof of vaccination status. Thanks to a few tips from New York Comic con leading up to the event, I found myself able to have my records checked, bracelet slid onto my wrist and ready to roll within seconds.

For attendees living in New York State they were able to validate their records using an app designed for such things called Excelsior and for out of state attendees you were advised to download Clear. These apps take pictures of one’s vaccine card, a picture of your photo ID and using facial recognition technology matches the phone user to the ID and once validated your given a QR code to then present at the event. For those in attendance who used this method all they had to do is have the QR code ready to present, the volunteers scanned it and sent you on your way. It was fast, efficient and barely a blip on a day that inevitably would be spent standing in lines.

As you approach the convention entrances Volunteers advised attendees to put on there face masks and pull them up over there noses and after a quick bag check through security, the Con was yours to explore.

Everything felt remarkably normal, the only noticeable differences included the lack of some larger brands being in attendance, the celebrity guests list was short and sweet and you were only permitted to take down your mask while eating and drinking and only if you were socially distanced from those not in your party. Photo Opportunities made their return, with a piece of plexiglass hanging between the talent and the guest, so to protect both from spread of infection and allow for the pictures being taken to be done without masks. Some rebelled against the new standards for Photo Opportunities but other attendees made the best of an otherwise aggravating situation, by coming up with unique poses.

Autograph sessions took place in mostly the same fashion as years passed with the addition of plexiglass partitions much like you would find at the bank for talent who wished to take off their masks. Other talent who did not want the plexiglass between themselves and the attendees opted to remain masked, but otherwise signings were smooth and just as fun as they have always been.

Due to restrictions, the Javits Center was a bit easier to navigate this time around, the crowd was not as thick as convention days past-a change that many people, myself included, enjoyed. When you often attend conventions you are greatly accustomed to the experience of walking the showroom floor in a body to body fashion, oftentimes crushed together and making slow progress from end to the other. This time around the floor was positively roomy, but no less packed with eager attendees. 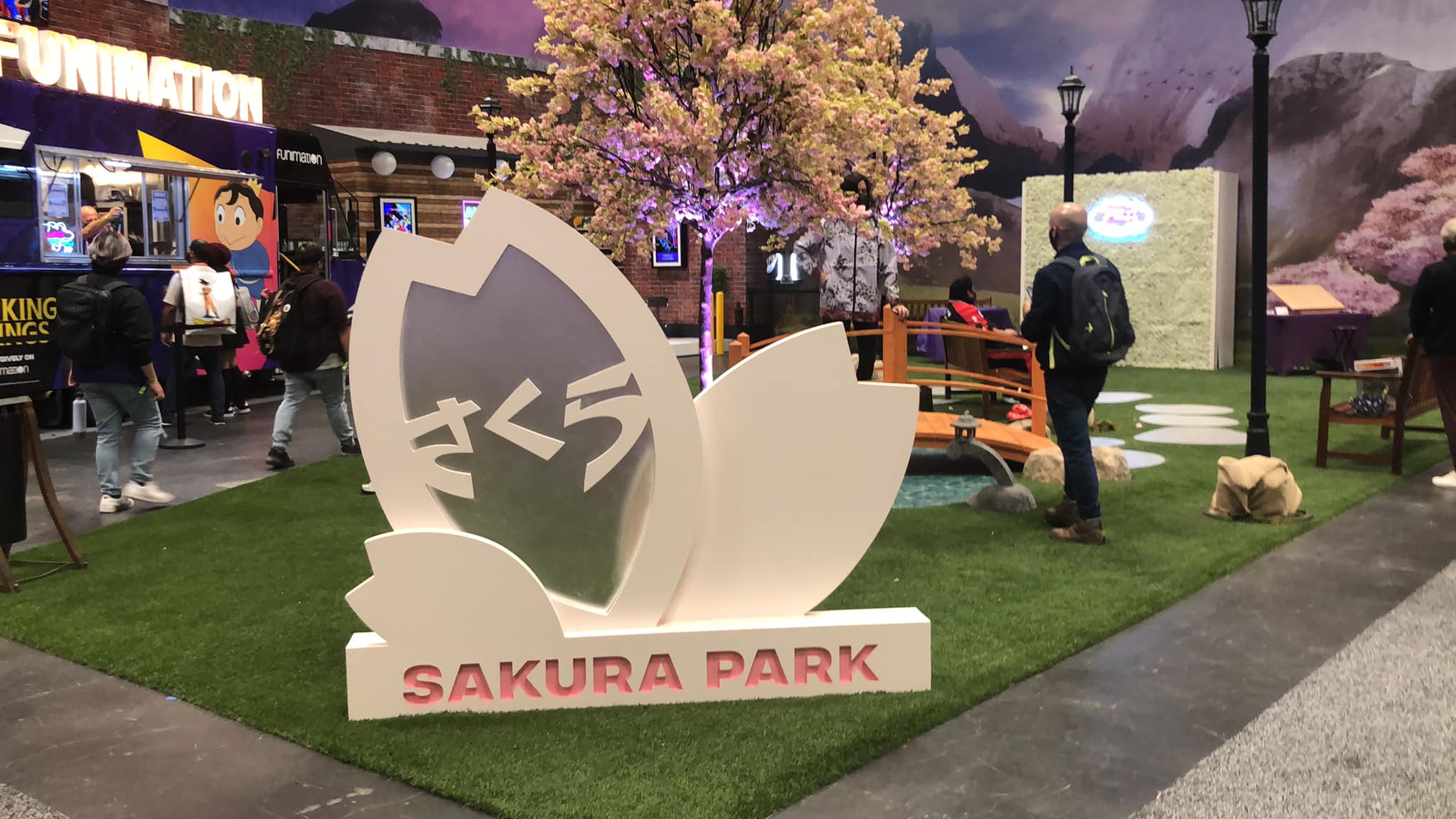 Hand sanitizer and disinfecting wipes were made available every few feet and some of the larger brands lovingly provided disposable paper masks in case they were needed. Notably the Anime brands stuck to interactive booths that did not require any touching, Funimation’s booth had the addition of Sakura Park, a cute little installation where you could get the experience of walking through a park and posing on a bridge with sakura blossoms in full bloom around you. Dragon Ball Z dominated the floor with a super hero mode interaction, where you could pose in front of the Dragon himself, Shenron or The Great Ape. Lines for these activities wrapped around their booths and wowed the eager fans in attendance.

Other changes made that had nothing to do with Covid-19 regulations was the marked improvement to accommodations for the disabled. As a disabled attendee myself, these things are always in the back of my mind when preparing for a Convention and this year New York Comic Con had me pleasantly surprised. Accommodations were made for disabled attendees at signings and photo opportunities for the first time since I have been attending the event. All that you had to do is walk up to a member of staff and you were whisked down a side hall made out of the same curtains used to separate different signings and photos and you were escorted to the front and made the next person in line, if you had to wait a bit regardless you were offered a chair. This is an important update for those who suffer from chronic pain and heart issues, a quick walk down the line makes the difference between whether a disabled attendee feels if they actually can attend the event.

The Aisles for lining up were made wider and I noticed that wheelchair users had a bit of an easier time of navigating previously tight avenues. Volunteer Staff and the staff attending to the Celebrity guests alike were kind, attentive and happy to help regardless of one’s physical needs. These changes are so deeply appreciated by those of us who need them, it felt like during the two years the show could not go on, New York Comic Con had taken the time to listen to their disabled patrons and make the con experience a little bit easier for us.

While the weekend was not thick with announcements from movie studios and the larger brands were far and few in between, New York Comic Con was no less a triumphant return to normalcy for lovers of nerdom and pop culture. The show was a testimony to the resilience of us all, being able to make some changes for the safety of the greater whole and enjoy an event we had before the pandemic nonetheless.